Do we need to splash our romances on social media? 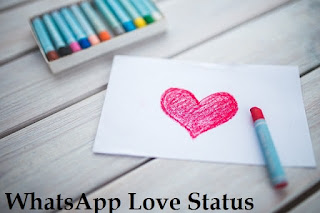 Seeing as social media behaviour is on my radar screen of late, let me take this opportunity to present another trend that is now rife on social media. This is the splashing of lovey-dovey posts about one’s undying love for their partner, as well as lovey-dovey pictures that seek to reveal just how high the levels of romance are in a relationship.

The question tends to come up; does the world at large need you to tell them just how much you love your husband, boyfriend, wife or girlfriend? Is that not for your partner to hear and for the rest of the world to observe and note without being told?

It has been said that such public outbursts are a desperate attempt to paint a false picture of blissful romance where it does not exist, or if it exists, to exaggerate its potency, leaving us with a much inflated picture of the relationship. There is sometimes a fear (especially when it comes to new relationships) that if things go wrong, those pictures and declarations of love will  lurk around cyberspace long after the relationship has ceased to exist.

Another school of thought however sees this behaviour as a commendable sign of commitment. It is viewed as a bold declaration of not being ashamed of your partner and a reaffirmation to them that you are willing to shout out your endless love from the rooftops. This opinion deems it necessary to post endless Instagram photos of yourself smooching or tightly embracing your soul mate as a way of marking off your territory and deterring anyone who might want to encroach that territory.  It  says one must not be negative and anticipate a failed relationship when things are at their rosiest.

Whatever your point of view is, I think it is important to realise that the line of demarcation does become somewhat blurry at a certain point and motives for public displays and expressions cannot be simply categorised into the two spaces mentioned above.

At the end of the day, even if we sometimes question the genuineness of relationships that are continuously splashed on social media, we have to live and let live and wish the parties involved the best of wishes.

Do we need to splash our romances on social media?

Seeing as social media behaviour is on my radar screen of late, let me take this opportunity to present another trend that is now rife on s...

What is my blog about?